The Halloween traditions began with the Irish and Scottish Immigrants who carried it over to North America in the nineteenth century. United Kingdom and other western countries joined the scary bandwagon in the late twentieth century.

The origins of Halloween stem from an ancient Celtic festival known as Samhain (pronounced “sah-win”). This was a celebration at the end of the Gaelic harvest season when Pagans would take stock of supplies and prepare for winter. These people believed that on October 31, the hazy lines between the worlds of the living and the dead would overlap. The deceased would come back to life causing sickness and damage to crops. The festival would frequently involve bonfires with masks and costumes worn in an attempt to appease or mimic the evil spirits.

Where Did Trick or Treating Begin?

Trick-or-treating, is an activity in which children proceed from house to house in costumes, asking for treats such as sweets with the question, “Trick or treat?” Trick-or-treating bears resemblance to the late medieval practice of ‘souling.’ This was when the poor people of Ireland and Britain would go from door to door on Hallowmas (November 1), receiving food in return for prayers for the dead, on All Souls Day (November 2). 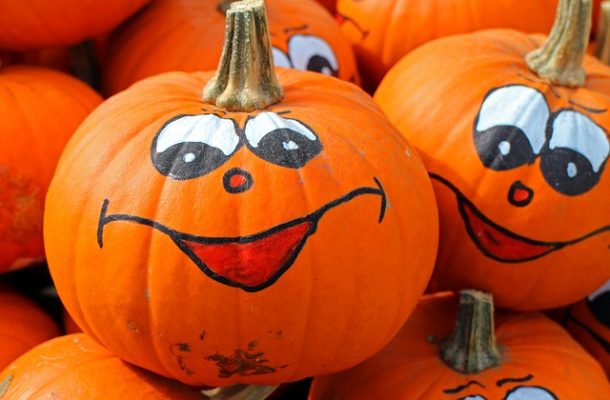 What About the Bats?

Bats have long been associated with horror, and Halloween is no different. In the dark past, the Celt bonfires of All Hallows Eve, would attract all sorts of bugs, which would then attract bats. The folklore surrounding bats as the harbingers of death stems from mythology , which states that a male in the family will die if a bat settles in the house but if it flies around the room, then a female will succumb to an untimely end.

In the 1700s and 1800s, women preformed certain rituals on Halloween in their search for a husband. According to History, women would throw apple peels over their shoulder in the hope that the peel would land in the shape of their future spouses initials. Apple bobbing took on a whole different meaning, as the winner was reported to be the first one to marry. If, however, apples didn’t provide the necessary matchmaking outcomes then standing in a dark room in front of a mirror, holding a candle would surely make their face appear- wouldn’t it??

Although celebrations in the UK don’t come close to the frenzy that Halloween provokes in the United States, children here do get excited about dressing up and knocking on doors in strange costumes. As Historic UK tells us:

The current use of pumpkins is a relatively modern innovation imported from the United States, and we can also extend the same debt of gratitude to our friends in America for that ‘quaint’ “trick-or-treat” tradition!

So although we share similar Halloween antics, unlike the States where they actually eat Pumpkin in pies- we tend to limit our Pumpkins to carving out the insides and placing a tea light inside!

Images by Alexis Foto from Pixabay

Image by Gordon Johnson from Pixabay