Christopher Louis Pelman, a British psychologist of early 20th century, devised a game called the Pelmanism principle. This is the game we know today and is also known as Concentration, Shinkei-suijaku, Pexeso and Pairs. Memory card game is great for young children. It’s not only fun, but it also encourages observation, concentration and memory skills. Although this game is best played with two people, it can be enjoyable played solo.

Shuffle the cards and lay out the cards face down in rows and columns in a large rectangle on the table or floor. Make sure there is significant space between cards and they aren’t touching each other.  Decide who will go first, either the person on the left or the youngest. 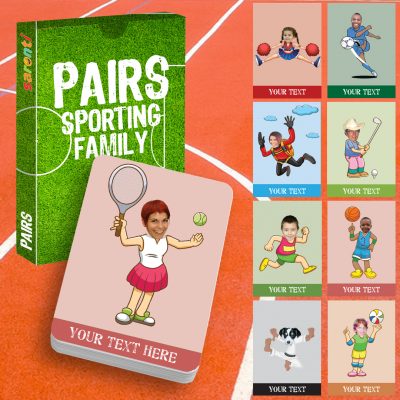 Rules Of The Game

The next player chooses their first card and turns it over. They must try and remember where the cards were that the previous player turned over, and then try and find the matching card. This process becomes much easier when lots of cards have been turned over. If they are successful at making a match they place the cards in their stack and choose another card.

If any player does not make a match with their two turned over cards, they flip the cards back over and play is passed to the next player.

The winner of Memory card game is the player with most matching pairs.

Although memory can be played with 52 card pack, matching suits, or numbers, a pack of cards with fun characters on makes it a Memory card game full of giggles.