Has your toddler come home from Preschool talking about coding? Just what is coding and WHY on earth it is taught at Preschool? Let’s try and remove some of the mystery surrounding this. Coding (or programming) is the language of the digital age. It’s the instruction computers need for its programs to work. But it’s not just PC’s and laptops that use it. Consoles, tablets, cars and mobile phones all use coding to function. By introducing directional language, like left and right, up and down, backwards and forwards, children soon become adept at giving and following directions. They need to become familiar with this to get a grasp on coding for the future.

We all know young children have the capacity to learn multiple languages at the same time, so what better time to introduce the language of computers. Precoding (as it’s commonly known), opens children up to experiences that combine communication, thinking, and problem solving. For children to stand a fighting chance of competing in tomorrow’s world, these skills are vital. To give an example of a typical coding exercise let’s hear from a Nursery school in South London-

The under five are using iPads to code nursery rhymes into animations. One of the nursery rhymes is ‘One, two, three, four, five/Once I caught a fish alive’. For this animation, the girls choose a fish and a sea background from the picture library. They then move their chosen blocks from the various menus into the coding box to make the fish move; next, they record themselves singing the nursery rhyme and add it to the animation sequence.

“The girls have grasped it faster than the adults,” says Ruth Lockyer, head of early years at the nursery. “They understand that the code must go from left to right, how to slot in a new block, structure their thinking and problem solve if they slot in the wrong block.”

Make It Into a Game 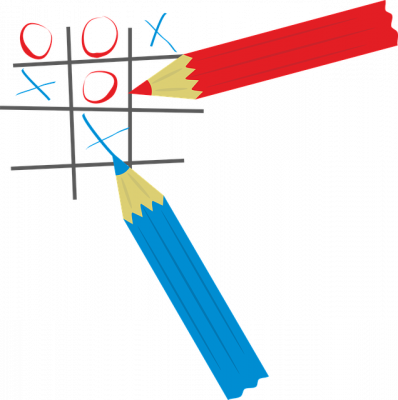 By making coding into a game, children learn without realising they are learning. Preschoolers, aged 3 to 5, are able to create maps showing relationships between objects and places and by counting the number of spaces they need to move blocks they are (without realising) laying foundations for mathematical concepts. Here are some simple games you can play that can help your mini-coders:

It’s a whole new world our children are entering and with screen time taking over our lives wouldn’t it be good to know what coding is? Children learn best when they are having fun and when an activity is engaging they won’t even realise they are learning the skills they require to break into coding.

Image by Gerd Altmann from Pixabay

Image by Succo from Pixabay